I still remember what things were like when I first started coming to Arty-Folks. I wasn’t going out much, I was still struggling, and I think about that time I started to realise how bad the stress had been.

Work had become too much. I was being micromanaged to the point of not being productive, with a new team leader I couldn’t talk to, who twisted my words. I kept working to the point I couldn’t cope anymore, and I couldn’t do my best anymore, I used to thrive on the high pressure and fast pace but after all the redundancies the team was shrinking and I had to shoulder their workload. I didn’t feel like I had anyone to turn to about my struggles with ill health, and it felt like the team leader was trying to find a reason to make me redundant.

I booked a holiday but the work load I was leaving behind was huge and then on the way to my holiday I couldn’t breathe. I realised I couldn’t face going back to deal with that kind of stress and the pressure, but at the same time I don’t think I did realise how bad it was and how much it was all affecting me. It was probably a good 6 months afterwards, I hadn’t been eating properly for a long time. I was struggling to cook because I didn’t have the energy or motivation, I couldn’t do it even though cooking is one of my passions. I was eating junk food, struggling to sleep, going to bed between 3 and 5o’clock in the morning, everything was out of sync. I just didn’t feel myself anymore.

I think I realised I needed to do something. I tried to focus on one problem at a time, like getting out and socialising at Arty-Folks. I came across the Artspace website looking for a pottery class, saw Arty-Folks and that it was there to help people recovering from mental ill health and I thought it would be a really good thing for me to do. I’ve always been open to the fact that mental ill health is something that we deal with, and then I realised that if more people would speak out about it there wouldn’t be a stigma attached to it. I’ve always said that if I can help someone else by talking about my experiences then I would do, and I thought that would really help by coming here.

I remember my first day, you were just finishing your Mandala project with glass paint. It was so nice! I have never stopped being creative but I was used to doing my own projects and choosing what I did and staying in my comfort zone. At Arty-Folks I had nothing prepared, nothing to copy and I had to just let go and step outside of my comfort zone. I didn’t have a clue what I was doing and that was actually quite an interesting experience for me. I’ve always been quite controlled, but having that control taken away from me freed me up which was really nice for me. I loved how friendly and welcoming everyone was, and there was no pressure to chat to people if I didn’t want to.

I remember at the beginning I found it hard to say a full sentence, I kept interrupting myself. My nerves were in such a bad way as I kept on questioning every word before I even said it. I know I can over analyse sometimes and I can get into a state of censoring every word I say almost. I just started to question everything I say and do after being bullied as a kid and my dad would get angry sometimes, after a while I couldn’t communicate and get my thoughts across. That’s when I started writing so I had my own voice back.

I learnt about assertiveness last year and it has really helped me a lot. I know that being passive means trying to always appease people and putting myself last, and I know that being assertive doesn’t mean trampling on people. It means saying what I need. But how do you know if you’re being greedy or selfish? I’m still struggling with lots of negative feelings, I recognise I have a long way to go, but I’m much better than I was.

I was thinking of going back to work and starting off just with a half day and then gradually increasing it so I can build my strengths and cope with the workload. Unfortunately my employers were pressurising me to jump straight back in where I had left off – and I said NO. I am applying for new jobs now and I’m sure something will come up that suits me. I’m not work shy. My health is important as without my health I’m no good to anyone.

I’ve taken up archery once a week in the evening which I really enjoy and I’m really hoping to get into pottery full time, I want to do that professionally. I am feeling myself again and I’m trying to see how I can move round a problem rather than giving up, which is what I’ve always done.

On 9th July 2015 J.C. sent Arty-Folks the following text:
“I just wanted to say thanks for everything you’ve done for me over the last year. As you know Arty-Folks has inspired me to follow my passion for pottery, and today I’ve had work accepted by the Alverton Gallery in Penzance. I would never have had the courage to do it if it hadn’t been for everyone at Arty-Folks.”

Previous Story
A.S. “I am a bubbly person”
Next Story
Y.K. “Definitely the right one!” 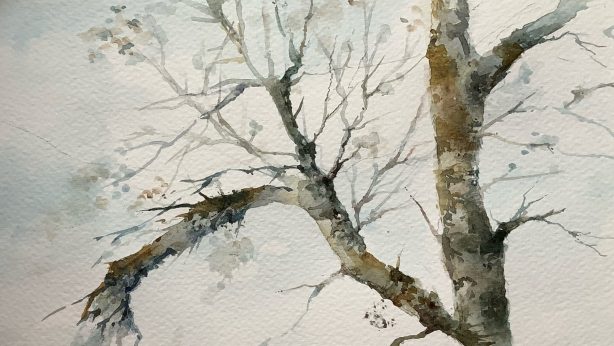